The little blob on the far left of the circular blue sign (with white arrow) is Jack Mclean all dressed in black but high lighted with bleach blonde hair. I'd spent the previous few hours watching him wrap a life model in cling-film and aluminium foil. The resultant body husk had then been packed with solvent soaked rags and taken, in the early hours, to a Shibuya overpass. Once there the object was set alight and left to burn until being extinguished by bemused emergency services. I believe this was one of Jack's last guerilla art terrorist street performance burnings. 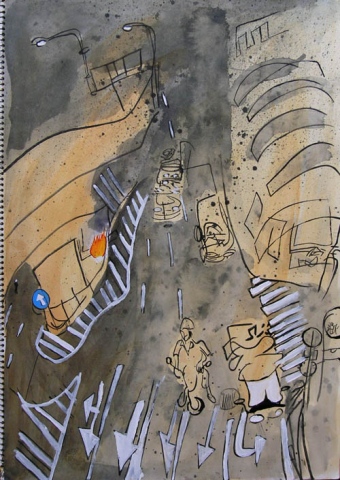